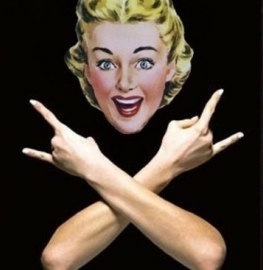 If it’s illegal to rock and roll, throw my ass in jail!

I had an awesome week end! Busy, and chaotic but brilliant.  I went out with close girlfriends on Friday night to watch some live bands that had hailed from the 80’s. Being with these chicks is always fun.

Bella was the instigator of the night, and we ate, shared some wine and of course, laughed.

These girls and I grew up together and we always have a lot of fun when we go out. We talk about work, and kids, and life, and matters of the heart. We danced and stood in front of huge electric fans at the gig so our hair blew all over the place and the cold air dried our sweaty necks. We watched with admiration as Bella’s friends danced on the stage. It was just a great night all round watching bands from the eighties (do you remember Aussie bands Boom Crash Opera and Kids in the Kitchen?), and realising how many years ago it was when we first heard that music! Damn, where did all those years go?!

On the Saturday night I went to my first gig with the Producer. Music is an intricate part of his life, so I was excited to see him – Inner City dude – in that environment. He’d bought the tickets to this gig months ago, which for me was a turning point with him. It was the first time he’d planned something in the future and a moment of clarity for me that he was serious about this thing we were calling a relationship!

It was a brilliant night. Two bands – a US modern punk rock band, the Menzingers (yes, I love them) and a great Aussie band who were mind blowing live, The Smith Street Band.  The crowd was great – everyone knew all the words to all the songs. I love that feeling of a loud gig when the drum beat reverberates through your heart. It’s just a little bit of awesome. We were at an iconic Melbourne live venue that is a regular haunt of the Producer. The show was sold out so there were plenty of people piled in.

I know it’s a little odd, but I love the smell of stale beer that clings to carpet at live venues. I think is takes me back to the first live gigs I ever went to in Melbourne in my youth. Having a week end filled with live music just reminds me how intricate music has been in my life and how hearing a song can transport you back to memories long forgotten. I’ve seen a lot of music with Bella over the years! I have such eclectic tastes in music that I went to gigs all over Melbourne.

The Blonde Bombshell told me recently that when she started dating her man, he made her a “play list” on his iPod! That’s so awesome! Kind of like today’s equivalent of a mixed tape! Ah, the mixed tape. I remember receiving one of those from the childhood boyfriend, The Leo! It was filled with full blown Aussie anthems by Cold Chisel and AC/DC.

My fist gig at the Palais Theatre was Duran Duran with my neighbour (he turned out to be a close friend over my life).  I was 13 years old and hooked – line and sinker – for live music.

I remember going to the Countdown Rock awards at the Palais theatre in 1984 with school friends.  One of them grabbed hold of Michael Hutchence’s leather jacket as he breezed past us on the red carpet (she actually tore off a button – true story!). Kids in the Kitchen won best debut single that year and INXS won for most popular band. Oh the memories.  I would have been 15 years old at the time. I’d seen INXS and Australian Crawl play at the Rocktober concert in Melbourne in the same year. I attended the Live Aid concert – EAT – in 1985 at The Sidney Myer Music Bowl.

Raised by a former flower power mother, I grew up listening to early Rolling Stones vinyl, along with The Mamas & The Papas, The Doors, Cat Stevens, Bob Dylan and Bob Marley.  At the tender age of 11, I sat in my friend’s home and heard David Bowie’s Space Oddity for the first time. Having a much older brother, I’d already heard Ziggy Stardust and the Spiders from Mars so many times that I knew all the words, if not their infliction; but Space Oddity probably changed my musical leanings for ever more. I’ve been fan-girling for Bowie ever since. My brother’s influence also introduced me to heavy metal, including Led Zeppelin and Metallica.

As a teenager my social justice leanings led me to discover punk and I listened to bands like The Reals, The Sex Pistols and The Birthday Party, The Clash and The Cure; as well as more mainstream political bands such as Midnight Oil and very early U2. (I still own Sunday Bloody Sunday on vinyl). I remember hours spent at Central Stations Records at what was then the City Square in Melbourne the Westin Hotel sits there now). They had music on vinyl from all over the globe and it was the place to source Indi music and hard to find labels in a time long before iTunes and Spotify.

As a kid growing up in the western suburbs of Melbourne, I saw a mass of bands playing at The Tarmac Hotel in the fairly rough suburb of Laverton. Only later would I realise how iconic it was as a live music venue for iconic Aussie rock bands. Over several years I snuck in, underage, accompanied by The Leo, my older childhood sweetheart, and saw The Angels, Midnight Oil, Australian Crawl and Hunters & Collectors, getting drunk with more die hard rockers in the crowd. Beer bottles were thrown at the stage and the crowd was made up of hard drinking, tattooed up Aussie blokes. I saw The Leo in more than a few fights, and windows were smashed on more than one occasion, The first arena concert I saw with The Leo was Bruce Springsteen at the Showgrounds in 1985.

As I got older, I went to mainstream nightclubs across Melbourne with my school friends, such as Hippodrome, Underground and Paradise Club where I channelled my inner-Madonna, wearing tight fitting dresses and pointy toed stilettoes on some nights. On Other nights, I donned short tartan skirts with ripped tights and Doc Martens and went to punk and gay clubs with my best-male-neighbour-friend, such as Subterrain and The Peel. We checked out bands at The Espy and The Tote.

My musical leanings were so diverse that I was listening to Magic Dirt and Dinosaur Jnr as well as Joy Division and Erasure. Seeing Chrissie Amphlett belt a tune with the Divinyls live on stage was a highlight for me. Attending the first Melbourne Big Day Out in 1993 meant that I saw Iggy Pop play live.  I kicked myself a year later for not going to the BDO when I realised The Ramones were headlining! By then I was already a mum to a two year old who was singing along to Violent Femmes lyrics! He of course didn’t attend the festival.

Not long after, I met my ex, The Taurus.

The Taurus had very straight and mainstream music tastes so we clashed over music, but we shared an affection for the Red Hot Chilli Peppers, Paul Kelly and early Missy Higgins. We saw many bands together over the years of course, including The Police,  No Doubt (he has a crush on Gwen Stefani), and The Hoodoo Gurus.  We took our son to see The Red Hot Chilli Peppers. Beyond that, we tolerated each other’s CD collections! I liked early U2 and he liked their current, top 40 stuff. I liked The Cure and he liked Belinda Carlisle. He liked John Farnham and I liked AC/DC. He struggled more than me when our eldest went through his black metal/scream metal phase!

Huge stadium concerts are so mainstream now.  Seeing bands like The Rolling Stones, Madonna, and Coldplay at massive venues was fun and probably necessary due to crowd numbers but something is seriously lost in larger venues. Smaller venues allow for a more intimate crowd experience. The Producer likens live gigs to being the closest thing to a communal religious experience he’s discovered. I think that’s a beautifully poetic and apt way to describe it. I for one like to pray in any house of music at the shrine of the live gig stage.

I hear songs to this day that transport me back to a moment in my childhood, or my youth, or my adult life. As a kid when my parents broke up, I remember my mother playing Joni Mitchell and her haunting lyrics still resonate with me now. Angie by the Rolling Stones reminds me of a boy I had a crush on in school. He sang that song to me in our drama class in an attempt to embarrass me – very little did then! Sadly I heard he died of a drug overdose years later. Annie Lennox’s Diva album contained the break up anthems of my child-bride relationship with the Leo. Hearing Nothing Else Matters by Metallica reminds me of happier times with my ex The Taurus when we were so much younger – years later it would be Adele’s 21 that would resonate after he left.

The lullabies I sang to my two boys when they were babies was Precious Little Angel by Annie Lennox and ten years later, Sweet child of Mine by Gun’s and Roses! Hearing songs from the 80’s takes me back to simpler days and teenage angst. Hearing Blondie always reminds me of Bella and Depeche Mode reminds me of nights spent drinking and smoking far too much in seedy underground clubs.  Now when I hear the Menzingers, I can’t help but think of the Producer. Music tends to imprint memories in both the happiest and saddest moments of our lives.

Today would have been my Daddy-O’s birthday and I think of all the Big Band music he loved so much.

My diverse tastes in music annoys the hell out of my kids (but that’s rock’n’roll, right?) and hey, I listen to their musical evolutions with great diplomacy. I just love that they all love music, even if it’s not my taste. I know their memories will be imbedded with the soundtracks of their lives. And that’s pretty cool. They will be in some small way impacted by the music that they grew up with blaring from my sound system, I’m sure, just as I was by my mother’s musical tastes. Her love of folk music probably influenced mine, as I listen to Angus and Julia Stone, and more recently Laura Marling.

In the end, music is never just rock’n’roll – it’s food for the soul…and I like it!