There is always some madness in love,

But there is always some reason in madness. 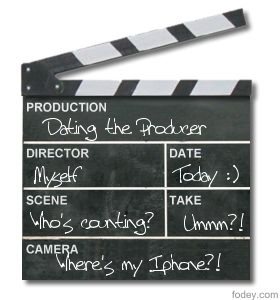 I have to say I’ve had one hell of a week. Strange things are afoot and it’s not even Halloween yet! The Universe played out a little giveth and taketh scenario this week.

Okay – so as you all know, I’m all about the self- love at the moment. I have discussed (hammered on about) my journey in pursuit of liking (nay…loving) myself, knowing my worth and getting a handle on what I expect of myself, others and my life…

Thank goodness I started down that path, let me tell you. It’s been vital because damn it something bloody happened to me when I wasn’t even looking.

This week the universe conspired to remind me that I am getting….well…older. The universe didn’t leave me a sweet, hand written note with a bunch of flowers on my door step, explaining this was happening. It didn’t take me out for drinks and break it to me gently…no.

Fuck you, universe. You really hammered it home this week.

I had managed to get through 44 years without being hung up about my age. Don’t scoff…it’s true.

I had lived for 44 years without a single grey hair. So not long ago I was a tad annoyed at finding my first grey hair upon my head…it was there amongst the red mane. Like a triumphant lone warrior in the fight of age progression. I answered its call, with deft fingers…I pulled that sucker straight out on my scalp.

Then I panicked. Was it true that it would now grow back, and bring more reinforced with it?! I Googled it. No, it’s not true. Phew…relief.

Until the universe flipped another card over. I was taking off my make up one night when I saw it…a shimmering gleam in my hair, glistening under the bathroom lights. Low and behold, tiny lines of grey were sprouting from my head. Damn it. There were at least two. Possibly three. Maybe the lighting wasn’t brilliant. My hairdresser advised me that once one appears, it’s inevitable that more would start to arrive. Like unwanted relatives.

Now, it just so happened that this week I had my eyes tested also. I’d had a few headaches. It was official. I need reading glasses – and by reading, that means anytime I am seated in front of the computer (which is often, and sometimes always…hello, I’m a writer), reading anything – from books to newspapers and yes…even restaurant menus.

This combination of grey hairs and glasses of course made me start to question if I really did look “younger than my age”? I mean, people are always telling me that. Am I deluded?

So I started casting a more critical eye over myself. Damn it. I have laugh lines, sure. I laugh. A lot. I have two little creases on my forehead – yes. But hey, I’ve been through some stuff and so I did scowl and cry a bit. So, sue me. I have tiny lines that appear on my top lip that I’ve started to dab with anti-wrinkle cream (possibly too late?)…I berated myself for those little buggers. Years of smoking in my younger years have caused those. Self-inflicted.

I don’t like my neck. I get worried I’m going to end up with one of those old-lady-turkey-neck deals. That’s fine in winter, as I own a lot of scarves…what the hell does one do with a crap neck in summer?

Then there are the boobs. Unlike Shakira, my breasts are not humble and you might mistake them for mountains (though I doubt anyone’s breasts ever were mistaken for mountains, and I’ve never understood those lyrics…but I digress). I’m not sure if you’ve heard of the pencil test? Well, the urban dictionary will tell you that if a chick can hold a pencil under one breast without it falling, then you clearly need a bra and therefore you “fail” the pencil test.

I went straight from a training bra to a D cup when I was around twelve or thirteen, (and I swing between a D and a Double-D even now), so I have always worn a bra. Now I’m a curvy red head, it all goes well but in my younger years, being quite petite made my breasts seem enormous! Yes, yes…first world problems.

Throughout it all, I could always pass the pencil test. Not. Any. More.

When does that happen? I mean, I’m not saying that my boobs are touching my knees – far from it – but they have certainly dropped a little (and by a little, I mean more than I am comfortable with). I just didn’t notice it happening. I get the whole concept of gravity.  I just don’t think I was prepared for all of this to start happening to me.

The universe I have discovered though, has the ability to show you many things…and I am a believer that we draw to us what we think we deserve. Having said that, something pretty cool, and very (and I mean very) unexpected happened this week.

In the midst of the universe-mocking-my-age-thing, and me trying to get my head around that, I caught up with the Producer for dinner.

I was looking forward to us catching up with him and re-establishing our friendship. It’s been awhile since we have seen each other (the first time since the break-up). I’ve always maintained that we have shared a lovely friendship throughout our romance-dance that we’ve been sharing for more than a year, and I was hopeful of maintaining that. I was a little nervous about seeing him. Feelings still exist and it’s always interesting to re-establish friendships when you were once lovers.

As soon as I saw his smile, I relaxed.

Dinner was lovely. We ate at a local Italian favourite of the Producer and the food was, as always, delicious. We laughed a lot. Like we always do (which is probably adding to the crinkles around my eyes). He was nostalgic. He joked that I had inherited meditation and my love of certain bands in our ‘break up’…My inner monologue mused once more – can you break up if you are not in a relationship? I know he absolutely brought some great things into my life, no doubt about it, as I believe I have brought great things to his.

Then the conversation shifted.  By the time dessert arrived, I had to catch my breath.

The Producer got a little serious. Clearly he had something that he wanted to share, and for a  moment I feared it was bad news – that he had met someone else and that he wanted to break it to me face to face. I could hear my heart pounding in my ears as he continued speaking.

He missed me. He cared about me. He had been thinking a lot about things. He had questioned himself about many things – but one thing he concluded is that after all of the time spent together, he missed me when we were apart. We make each other laugh. We care about one another. We are compatible in many ways – emotionally and physically. The sex is amazing, sure, but he beautifully pointed out, referencing my words and the blog, that what we shared is far more than circus tricks.

He was ready to step into a relationship…(Wait! What?!)…with me.

Yes…he said it out loud. The Big R. He said it more than once. Relationship…and monogamous.

I tend to read a lot of information about commitment and the idea that some men are commitment phobic, and I’ve cited some of those articles on previous blogs. I do however, maintain the belief that men and women are just different in terms of stepping into relationships. When women date, and their feelings evolve, the choice to step into a relationship is usually heart-felt. With men, I believe it’s a mental decision. It requires a thought out choice.

So, here we are. I went home after dinner and I slept on this. I might add he encouraged me to do so, and I’m grateful for that.  It was a lot to take in and I was a little overwhelmed.  I called him the next day and I very much needed to hear his voice, to verify that the conversation the night before had actually happened, that is was real and not just imagined.

He confirmed that there was no get out of jail free clause that I may have missed. So I said yes, of course, I would very much like to be in a relationship with the Producer. Having made the decision though, I held my breath, waiting for something to happen… nervous that he would call (or text) and say he’d changed his mind. That’s it’s all too much even though it hasn’t begun.

I’m being protective of my heart, I know. I’ve built a little fence around it. I appear to be all open and brave, but I am scared. Of being hurt. Of not living up to expectations. Of not being enough – or of wanting too much. This is new territory for me. For both of us. I’ve not had a serious relationship since The Taurus. He hasn’t had a serious relationship in almost as long.

By 10.30am he hadn’t cancelled…a good sign. By the afternoon we had confirmed plans…and I started breathing again, and felt a bit silly for even doubting.

In writing this, I am reminded of just how I feel about him. The hardest thing I did was to walk away from someone I had feelings for, because I couldn’t do less than a relationship. The most amazing thing was hearing that he wanted to be in one…with me. I realise how true it is that every person is on a journey and they can only step into something when they are ready and not before.

I don’t know what it will look like, this relationship. I don’t know how we will define it. It would be easy for me to flood my mind with the clutter of “what about this” and “how will that work”…and “will he” and “could I”…I don’t want to do that. I just want to breath and be in the moment, daring to hope.

There are no guarantees, that’s for sure, but to not try would leave too many unanswered questions. Too many what if’s and life is too bloody short.

So to the universe, I say this.  Thank you for reminding me that yes, I am getting older and life keeps moving, but that a new journey in my life started 3 years ago. Thanks for reminding me to expect the unexpected. A new chapter has just begun.

A few rogue grey hairs? Pft! That’s what hair dye is for. So I have a few more wrinkles than I used to have? That’s because I have never been afraid to cry, nor to laugh. As for the new black rimmed reading glasses? Well, I am rocking the hot secretary look quite well, thank you very much (and If I’m not, don’t burst my bubble!).

As for the very lovely Producer?

Time of course will tell, but there is obviously a reason we keep gravitating back to one another. There’s no secrets here about how I feel about him.  I’m ready (and excited) to go on the journey and see where it might lead us. It’s just really nice that this time, we are on the same page. I didn’t dare to wish for it but I am most definitely smiling.

4 thoughts on “Getting what you wish for – how to make a Good Girl nervous!”